Four ski areas with a total of 143 kilometers of slopes and the highest fun factor for young and old – this is what the Zillertal Arena offers. Around the towns of Zell am Ziller, Gerlos, Krimml and Wald-Königsleiten there are a wide variety of slopes with a wide range of offers for the whole family.

The Zillertal Arena ski area is the largest of the many attractive ski areas in the Zillertal. The family-friendly range of slopes extends over four ski mountains and extends from Tyrol to the neighboring Salzburg region.

Thanks to extensive artificial snowmaking possibilities, there is almost 100 percent snow reliability in the Zillertal Arena.

The resorts of Zell, Gerlos, Wald-Königsleiten and Krimml-Hochkrimml are connected to the ski area.

The main entrance to the ski area is Zell, where, in addition to a large practice area and ski schools, there is also an action park with various speed routes.

The second highest is the Gerlos ski area with slopes between 1,300 m and 2,264 m altitude.

The highlights here include the Arena Snowpark at the Vorkogel lift, the valley run and après-ski. The quietly situated Wald-Königsleiten, which extends up to 2,315 m, offers beautifully wide pleasure slopes. A boardercross route with a ski movie increases the fun factor here. Hochkrimml-Gerlosplatte, whose slopes reach up to 1,640 m, is the ideal ski area for families with children as well as beginners.

A total of 31 huts and snow bars invite you to take a break for refreshments in the Zillertal Arena. With several free Wi-Fi hotspots, the ski area is optimally connected online and with the Zillertal Arena app, the operator offers a practical guide for the slopes.

The snow reliability and the excellent infrastructure with modern lift systems are also rewarded by our experts with full five stars in the top categories.

From the main entrance in Zell am Ziller, take the Karspitzbahn or Rosenalmbahn to the ski area. On the Karspitze there are mostly red runs, an action park for freestylers, a ski movie and a speed check route. A media highlight is already waiting for you on the ascent to the ski area in the Karspitzbahn: the Facebook gondola. A camera is installed in one of the cabins that passengers can use to take snapshots of themselves. You can share the selfies directly on Facebook or view them in the photo gallery on the Zillertal Arena Facebook page.

In addition to the Karspitze, there is the highest point in the ski area on the transition yoke, from which red slopes also start. One of these runs and the Kriml-X-Press provide a connection to the Isskogel. With a children’s area, snow park, fun slopes and black valley run, the Isskogel is well equipped for a full day of snow sports.

We recommend a stop at the Arena Center at 1,900 m, where the children’s area is also located. The panoramic view from the sun terrace is unique. There is also a winter garden bar and a children’s restaurant with 200 seats.

The modern 10-passenger Dorfbahn transports you from Gerlos to the heart of the ski area. Advanced riders get back to Gerlos on the valley run. The Gerlosstein ski area is ideal for night skiing and tobogganing.

Thanks to the many red and black runs, the Zillertal Arena offers a wide range for advanced skiers. A special treat is the longest valley run in Austria: the red piste starts at the transition yoke, the highest point in the ski area and leads over 10 km to Zell am Ziller.

It overcomes a height difference of 1,930 m. In the last section, however, it is a tricky black descent and only reserved for experts.

The Zillertal Arena is known for its numerous fun offers. This also includes the “Arena Champions” ski area challenge.

Anyone who registers their ski pass number can take part in this season-wide competition. In order to win and become the “Arena Champion”, at least six of the twelve stations in the ski area must be completed, including the speed check on the racetrack and snapshots at the photo point. A fun way to get to know as much as possible about the ski area.

Apropos Photo Point: In the ten ski schools in the Zillertal Arena, the little ski beginners are looked after by the mascot FUNty, a yellow elephant with a top hat. Winter sports enthusiasts of all ages can have their pictures taken with the friendly mascot at the four photo points in the ski area.

The Zillertal Arena wouldn’t be a diverse, fun-oriented ski area without a proper snow park. There are three parks for professional freestylers and those who want to become one.

The highlight is the Gerlos Snowpark with an area of ​​30,000 m² in a perfect south-facing location under the Vorkogel lift. There are three lines (beginner, medium, pro) with kickers that are shaped twice a day.

The “Action Park Kreuzwiese” near Zell am Ziller, on the other hand, convinces with SnakeRun, BagJump and chill area in Indian tents. There is also a 100 m long half pipe at the Fußalm in Gerlos, a fun park specially developed for children in Hochkrimml and a boardercross route in Königsleiten.

When it comes to fun and action, the Zillertal Arena is very broad and offers even the smallest skiers and snowboarders plenty of freedom to try things out on fun slopes, in fun parks and practice areas. For so much variety and family friendliness, our experts have given the full five-star rating in the categories “Families & Children” and “Snowparks”.

Cross-country skiers will find two beautiful high-altitude trails in the Zillertal Arena ski area. The high-altitude trail on the Königsleitenspitze at 2,315 m is suitable for those with good fitness. The panorama cross-country ski run in Hochkrimml is 1,640 m above sea level and offers 8 km of fabulous views over the Zillertal Alps and the Hohe Tauern.

Guaranteed snow, modern infrastructure, family-friendliness, high fun factor, lots of variety – the Zillertal Arena impresses our experts across the board and receives an overall rating of 4.6 out of 5 stars.

The activities in the Zillertal Arena are extremely varied, not just on, but also off the slopes. One of the big program items concerns tobogganing. There are a total of six toboggan runs, three of which are illuminated, to discover.

The longest toboggan run in the Zillertal is located on the Hainzenberg am Gerlosstein. It is 7 km long and is illuminated for night tobogganing until late in the evening.

On the Gerlosstein, children and adults can also slide down the slope on large tires. The snow tubing run measures 200 m and is available free of charge. Further toboggan runs are in Gerlos, Wald, Königsleiten and Krimml. The “Arena Coaster” is a real classic when it comes to tobogganing fun on rails. The Alpine roller coaster travels over 1.4 km through banked curves and jumps into the valley to Zell.

The Zell amusement park is ideal for ice skating and has an artificial ice rink for ice skating and curling. Active people can explore the area around the valley towns on foot on numerous cleared winter hiking trails. The excursion highlights include the Krimml Waterfalls and the panorama trails through the ski area.

In addition to the active sports offer, there is also a lively après-ski scene in the Zillertal Arena. In all four valley towns, the hut fun increases in the afternoon. Umbrella bars, pubs and clubs sweeten the evening after a day of skiing for those who like to party.

The pulsating center of the ski area is Zell am Ziller . With around 1,700 inhabitants in the communities of Zell, Gerlosberg, Hainzenberg, Rohrberg and Zellberg, it is the largest town in the region and the first entry into the ski area. Zell offers leisure activities such as the Arena Coaster, sports centers and an active après-ski. In addition, there is the oldest private brewery in Tyrol, where the “Zillertal beer” is brewed.

In the neighboring valley between Gerolssteinwand and the Isskogel, Gerlos lies at an altitude of 1,300 m. The place scores among other things with unusual leisure activities such as western riding in the snow and versatile après-ski.

Königsleiten is the highest place in the Zillertal Arena at 1,600 m. The quiet district of Wald is a cross-country paradise with a connection to the 200 km Pinzgau trail network. The Kristallbad Wald is ideal for an extensive wellness day.

After all, Krimml-Hochkrimml is the gourmet village of the Zillertal Arena. It is located on the Salzburg side at an altitude of 1,067 m and provides access to the Gerlosplatte family mountain. The Krimml waterfalls near the village are a famous natural spectacle. With a height of fall of 380 m, they are the largest waterfalls in Europe.

Zell am Ziller is geographically roughly in the middle of the Zillertal. The place is easily accessible by car, bus and train. By car, take the A12 Inntal motorway to the Zillertal exit, then continue on the B 169 federal road to the entrance to the town. If you come from the east, take the A10 Tauern Autobahn to Werfen, then via Schwarzach and Mittersill to Zell.

The closest train station is Jenbach. From here you can continue for the remaining 25 km with the rustic Zillertal Railway or the Postbus. The nearest airports are Innsbruck (approx. 70 km), Salzburg (approx. 165 km) and Munich (approx. 190 km). 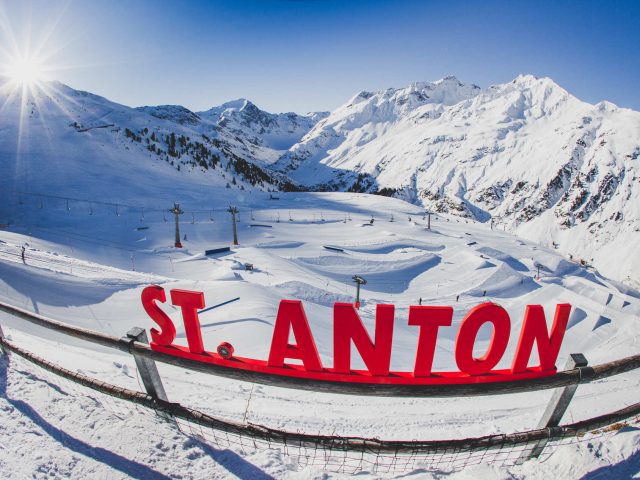 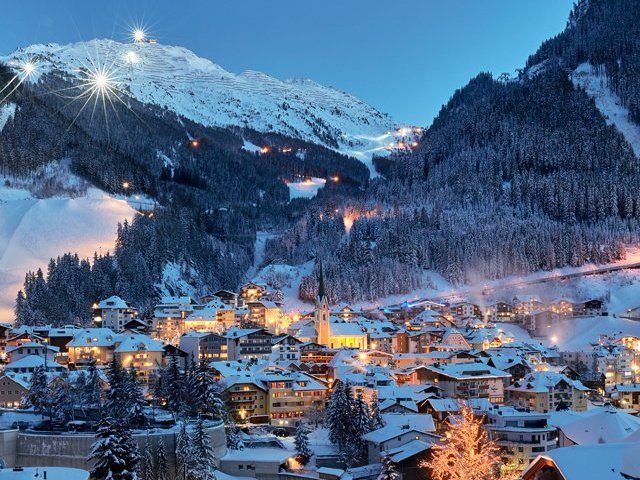 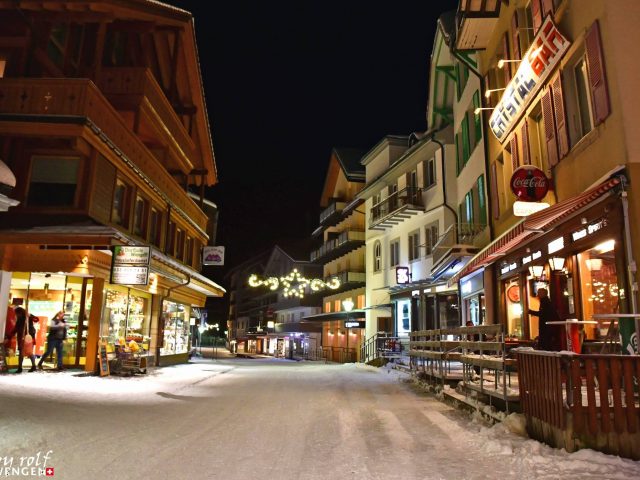 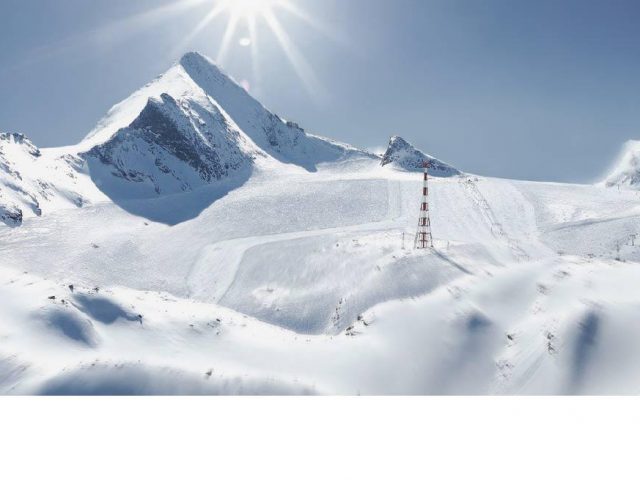 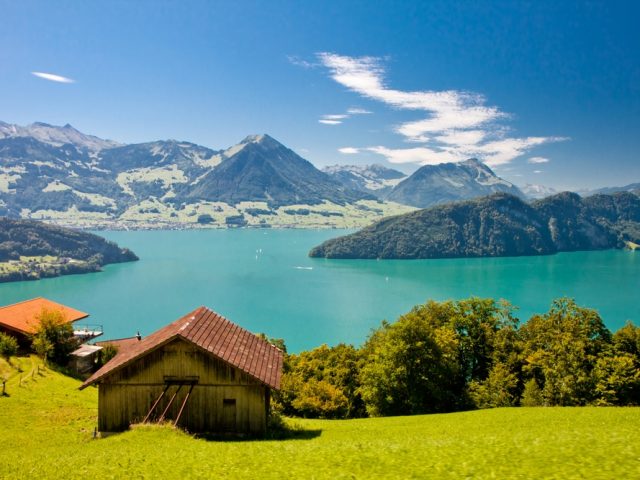 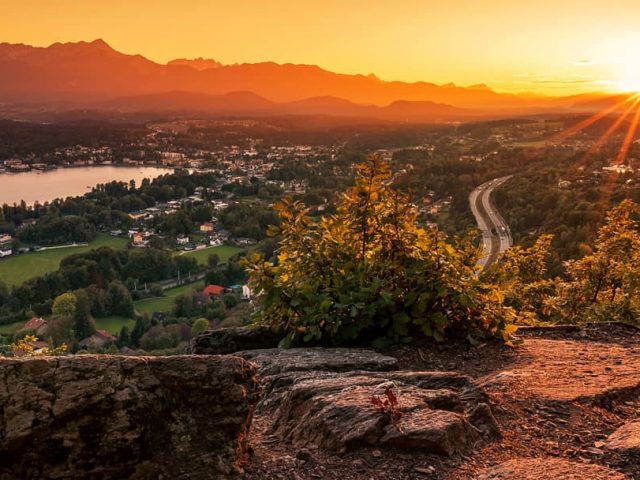 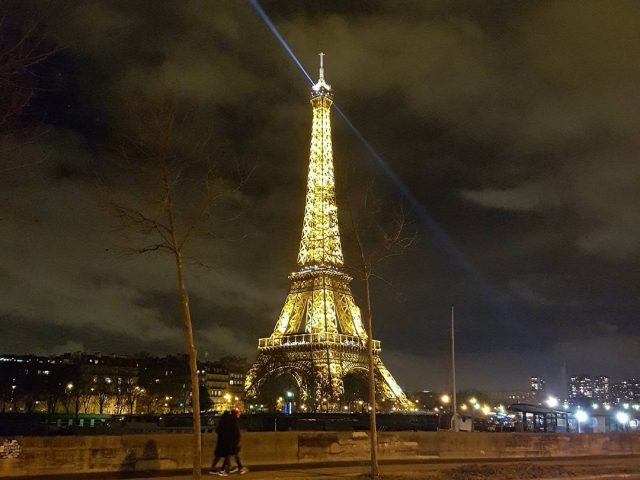